Oliver Stone: coup in Honduras is a disgrace 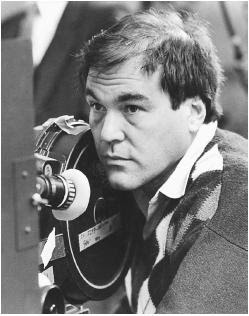 Tegucigalpa, May 4, 2010. U.S. filmmaker Oliver Stone called the coup against Manuel Zelaya Rosales a shame and a disgrace, referring to the U.S. government's position on what happened last June 28, 2009.
"What happened in Honduras was a shame, a disgrace, there was a coup, the president was ousted for no reason," Stone said in an interview broadcast by U.S. network CNN in Spanish.(See video interview here in part II)
The director, criticized that U.S. President Barack Obama, "did not move a finger" during the coup against Zelaya, adding that the Democrat president, made noise but nothing else.
Mentioning Honduras in the interview came after a question on whether a change in the U.S. has taken place concerning U.S. policy on Latin America under President Obama.
Stone said on the question that "there was much hope when Obama took office, then he shook hands with Chavez in Trinidad and Tobago during the Summit of the Americas," noting that unfortunately, nothing came after that, he did not pay attention (to Latin America) the State Department kept doing the same and then he set the example of what had happened in the country.
The filmmaker, producer of six documentaries, two of them about the life of Fidel Castro, is presenting in Latin America his latest production, a documentary titled "South of the Border", in which seven South American presidents appear.
Stone, a New Yorker, former Marine, is the winner of three Academy Awards and numerous awards as director and screenwriter, his latest documentary "South of the Border" will be released in theaters in North America on June 25.