Approximately 500,000 people march for a Constituent Assembly and against repression being carried out by the current regime only in Tegucigalpa

Marches take place throughout many cities in the country

By Boehmaya
According to the FNRP (Frente Nacional de Resistencia Popular), around 500,000 people were marching only in Tegucigalpa on May Day, asking mainly for a National Constituent Assembly, although massive marches and demonstrations took place all over the country and in different cities, even in small towns. Only in Tegucigalpa, not only more than 200 worker's union movements marched, but also a great deal of independent citizen movements.
Among the things marchers asked for besides demanding a Popular National Constituent Assembly, were salary raise, protesting against the new fiscal measures imposed to the working class, asking to dissolve the army, invest more on quality education, health, make these accessible and free to the whole population, eliminations of fees and exclusion of poor children to access education,
fiscal reforms but for the richest, to eliminate tax exoneration to support producers and informal economy, agrarian reform that includes land titles, support to agricultural production, the small and medium entrepeneurs, strengthening of credit systems, of storage and commercialization

and investigation of political crimes committed since June 28, when the coup against president Zelaya took place, and also after, during this regime, which is the follow-up of the coup. Zelaya's inconditional return to the country as well of Father Tamayo's and over 200 people who were forced into political exile since the coup and during this government were also among the main demands.

Photo: La Tribuna
Other demands were the non privatization of all State institutions(since the current regime seeks to privatize State Schools and the National Autonomous University), respecting freedom of association and the workers' right to form unions, the right to job stability, since workers state that with this government all of their conquests have been threatened.

Photo: La Tribuna
Although the people do not only want salary raises, they do not only speak about basic needs, but they are demanding the transformation of the archaic structures of the country.
This is also why their main demand is a national constituent assembly, since the State needs to be refounded and this would be the path to completely solve all other demands of fair salaries, education, and free universal, quality health, the need of homes, food, public services, and the main solution to problems of insecurity and criminality, malnutristion, and exploitation of natural resources.
Furthermore, another demand was the removal of all officials who participated in the coup d'état and who currently remain in state positions, as well as expressing disbelief in the so-called Truth Commission.
Thousands of people stopped to sign the "Sovereign Declaration for a Constituent Assembly" , a document signed by all peoples in resistance to demand a national constituent assembly to congress, in collection centers during the march. 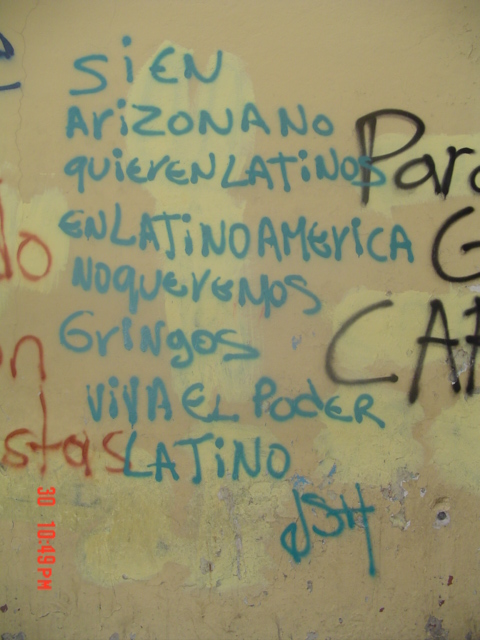 Long live my people/nation in resistance! 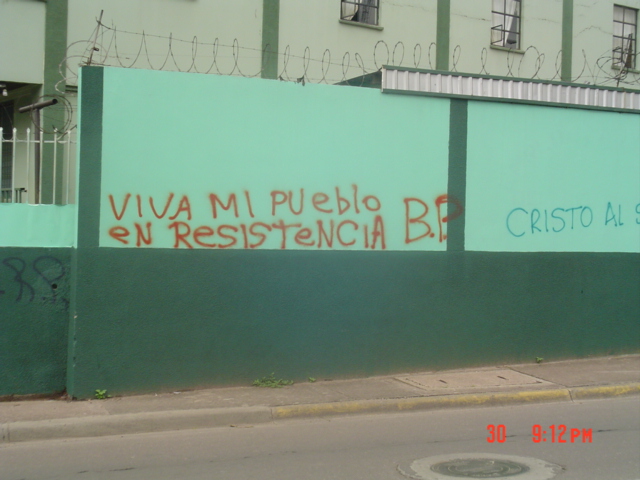 [National and Liberals] shat themselves in Honduras 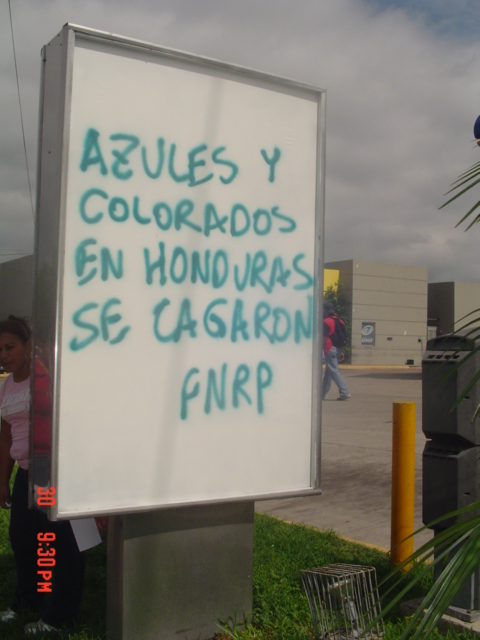 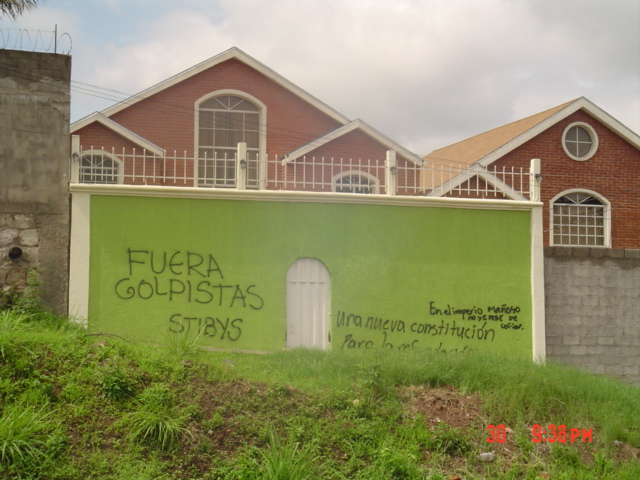 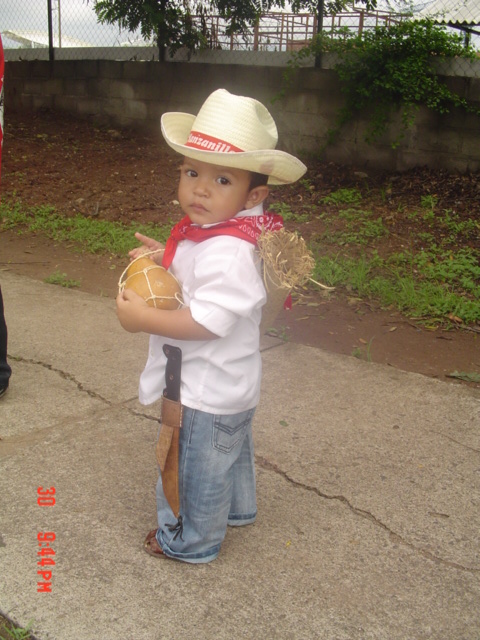 golpista trash out of Honduras 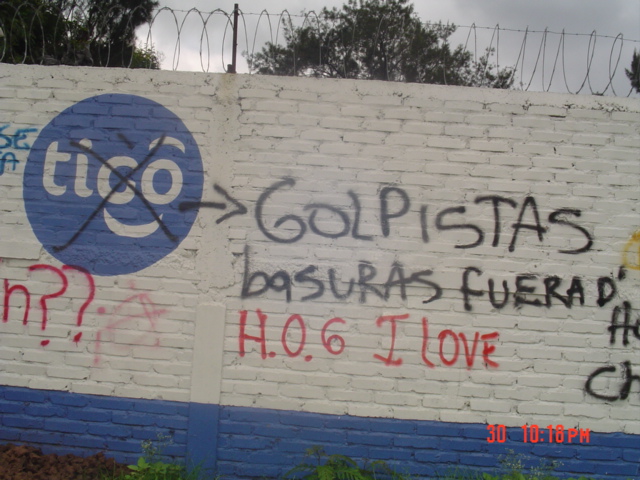 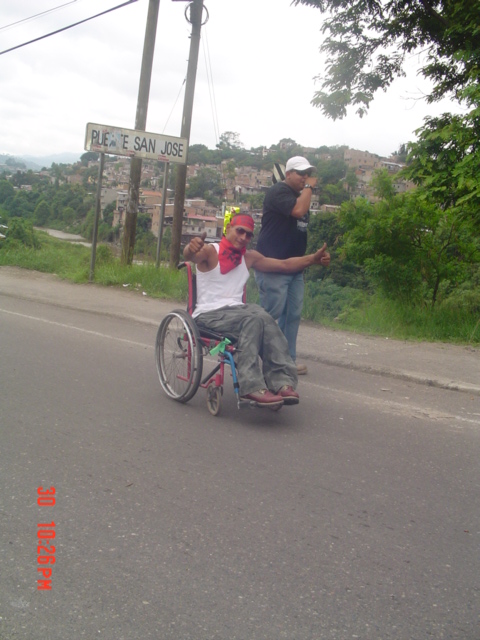 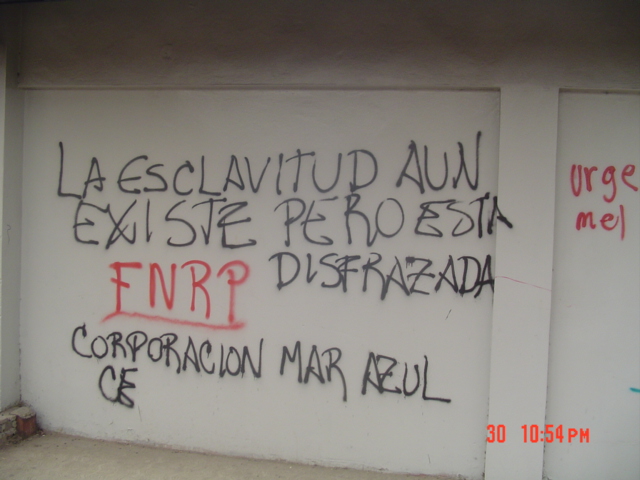 We are the sum of our strength 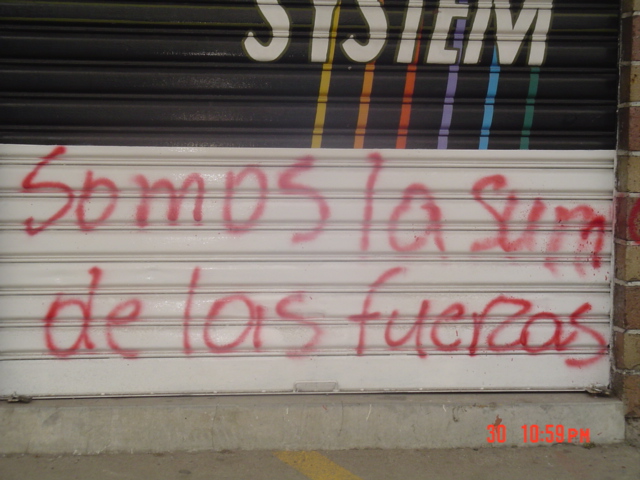 Hey Cardinal I came out of the closet 666 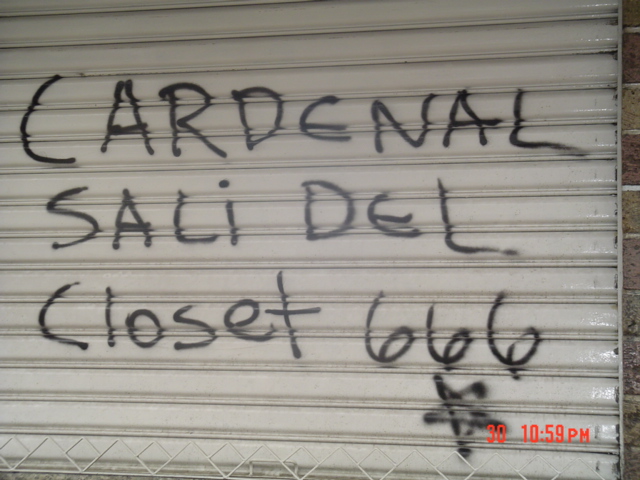 Hell is for the bourgeoisie 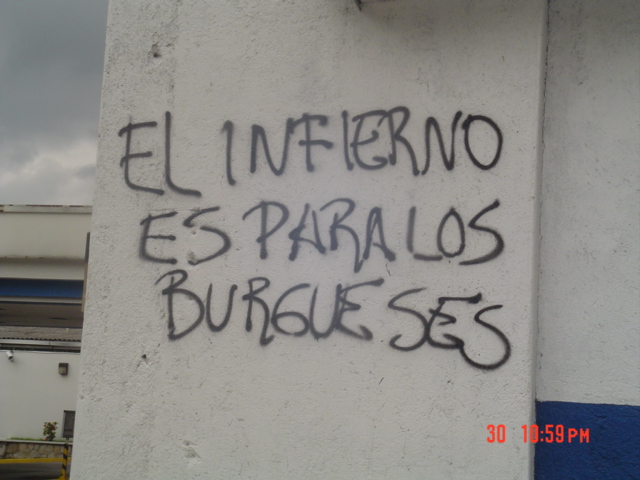 Toward the constituent assembly! If I was born screaming, ¿¡Why shut up!? 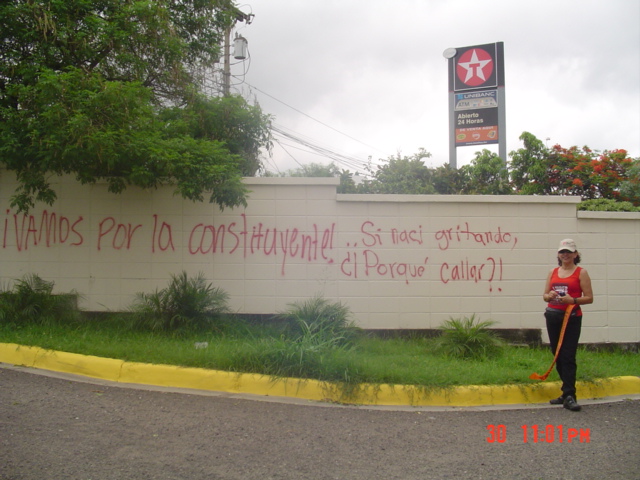 To stop fighting is to start dying! 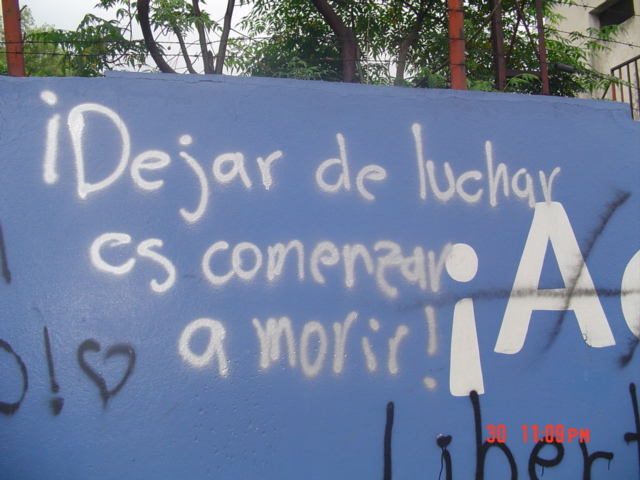 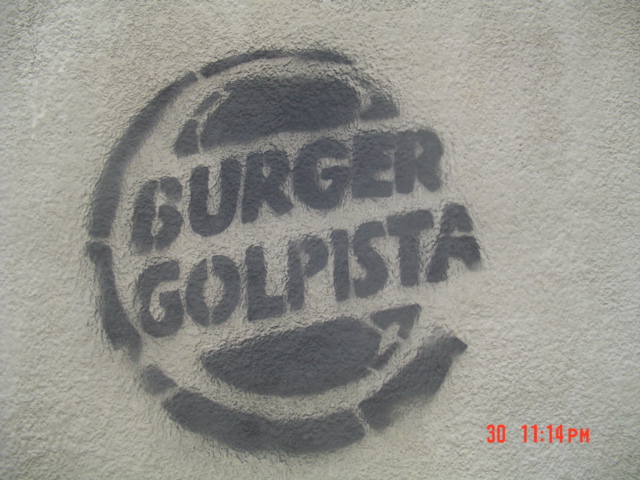 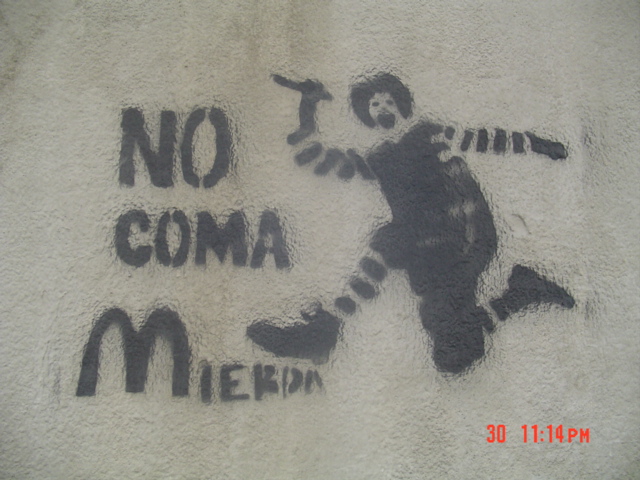 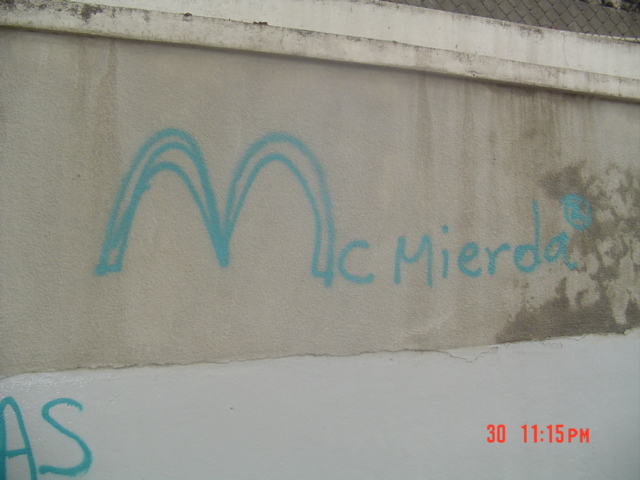 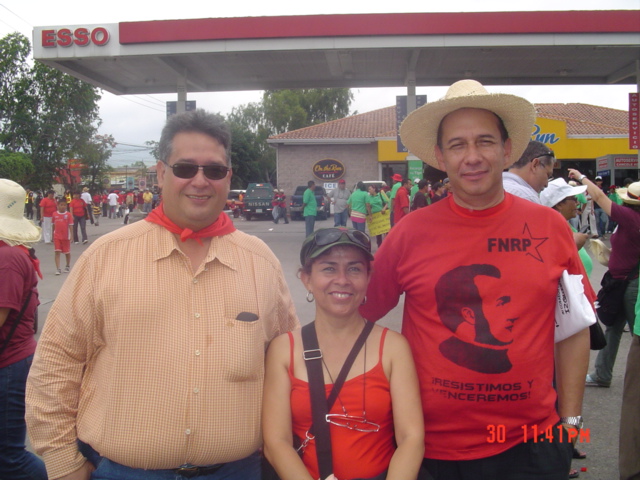 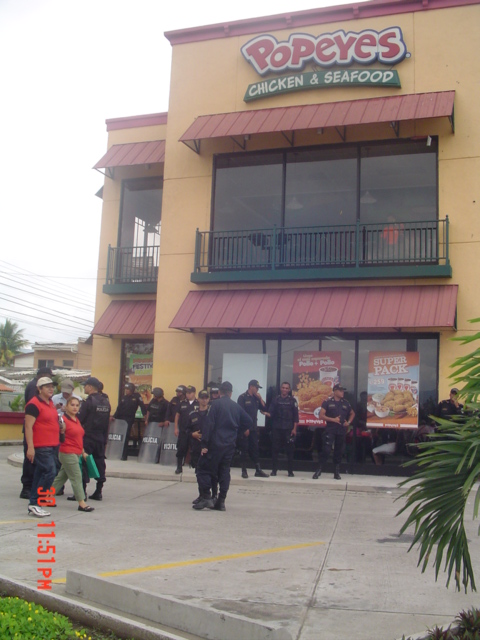 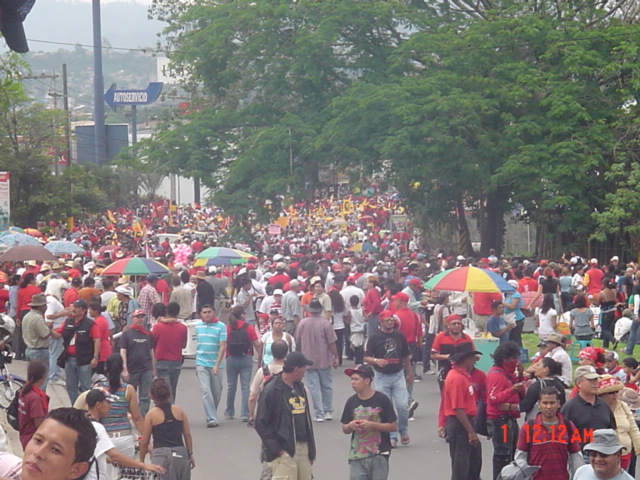 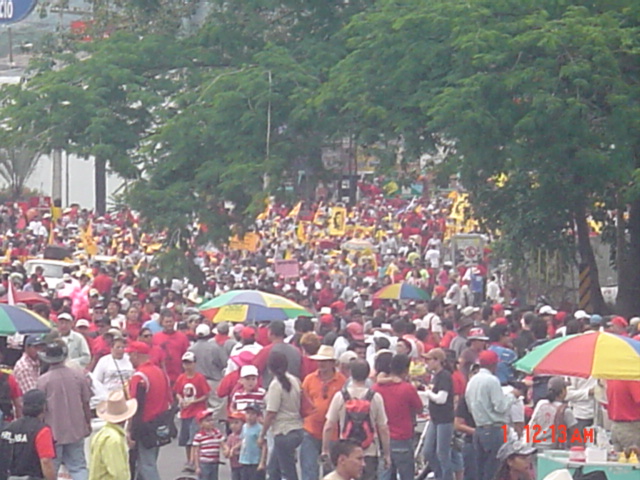 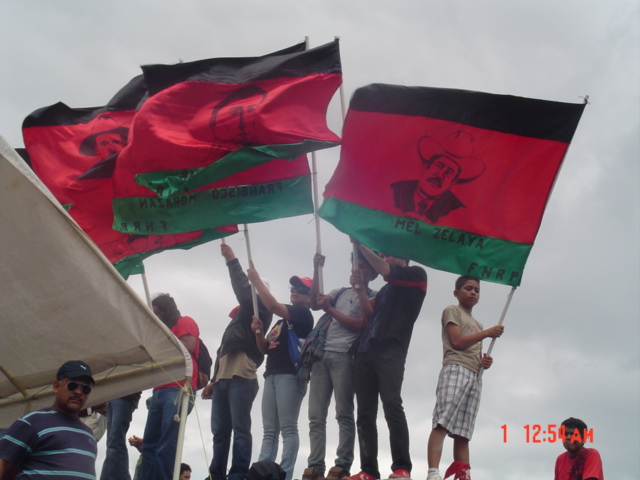 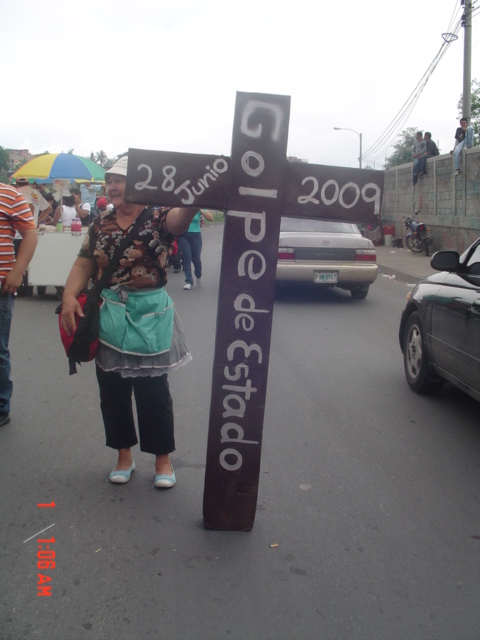 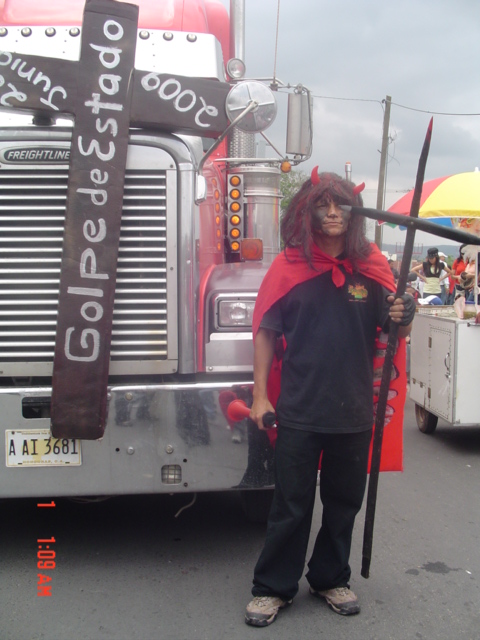